Three Strategies That Will Improve Your English ACT Score 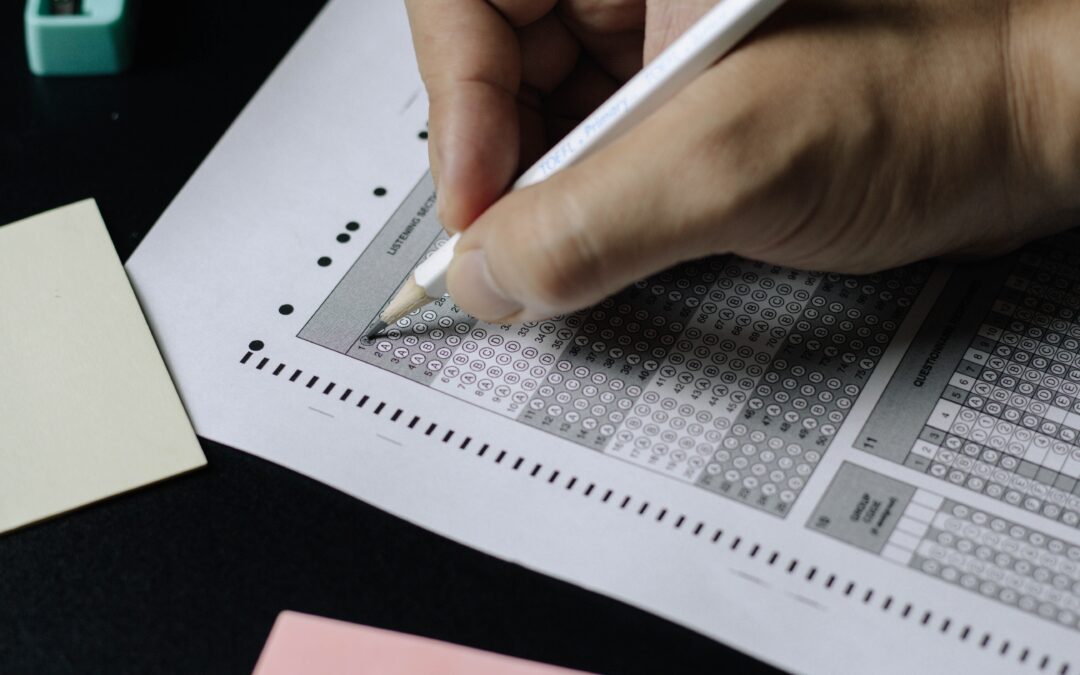 I remember when, in my freshman year of high school, my teachers introduced me to what would become my mortal enemy: the ACT. My initial encounter with the dreaded test (and, in particular, the English ACT section) led to a years-long battle filled with UWorld free trials, Barron’s prep books, Khan Academy binges, and hundreds lost in testing fees.

Three years and five tests later, I was met with a beautiful sight: a shiny 36. Much like a hostage who has developed Stockholm syndrome, I continue to work with the ACT to this day; since mastering the test, I’ve tutored others through Dewey Smart’s platform of Ivy League tutors, helping dozens of students improve their scores.

Along the way, I have noticed a number of pieces of advice that I find myself giving over and over, so I wanted to write a series of blogs to condense these tips into a list for those who, like freshman me, feel overwhelmed and confused by the ACT and want some solid tips and strategies that can help them.

These are tips that I give in sessions to my students as a tutor here at Dewey Smart. Want to work with me? Set up an appointment here.

In typical ACT fashion, let’s kick off our first blog post with the English section and move on from there.

English ACT Section Tip One: Read the Passages for Understanding

A common mistake new testers tend to make is that they approach the English section by going straight to the questions, then referring back to the passage. This strategy allows one to breeze through simple grammatical questions, but one will inevitably arrive at a question asking for the main idea or another big picture question. At this point, the student either has to hastily backtrack through the passage to gain an understanding or, more likely, have to go with the “guess C” method.

To avoid this unfortunate scenario, I recommend that you first read the English passage for understanding, going through about a paragraph at a time, then answer the questions contained within the section you just read.

If you’re like me, reading for understanding is not as straightforward as it may seem, especially while under a time constraint. When I first attempted to implement this advice, my eyes would sometimes glaze over, and I would often lose focus. Those who relate should check out another awesome blog post about this specific topic: Reading Better.

While we are still at the beginning of our ACT strategies series, I figure that I should get this next “strategy” out of the way: you need to study better. For the English ACT and beyond, establishing discipline and being deliberate about how and where you spend your time studying will be a vital habit to establish early on. Without straying too far from what could reasonably be called a single tip, the key factors that facilitate a productive study session are concrete goals (for example, “do a timed practice test”) with established working and resting times. To understand better how to have a great study session, check this blog post out.

Another source of confusion on the English section is the assortment of grammatical terms and rules that fill various common test prep sources. These sources, in my experience, can often be overwhelming and a slog to get through, which is why I joined Dewey Smart, where I tutor students one-on-one (if you want to work with me, schedule an appointment with Chase Yano here!).

In contrast to common test-prep resources, my fellow Dewey Smart tutors and I understand that knowing a gerund from a past participle is a whole lot less effective in answering ACT questions than understanding some more widely applicable methods of deconstructing sentences.

To illustrate this, let me show you the most important one of these English “tools” for answering questions: identifying and crossing out nonessential, or grammatically unnecessary, sections of your sentence based on comma placement. To demonstrate, let’s play around with commas in a specific sentence.

“The dog which ran the fastest won the race.”

This comma-less sentence is, as you can probably guess, completely correct. Before we start throwing commas in willy-nilly, let’s take a trip back to sixth grade and review subject nouns and predicate verbs in three steps.

In our canine example above, the subject is dog, and the predicate verb is won. Now, you may be asking yourself, isn’t race also a noun and ran a verb? Why aren’t they subjects and predicates?

This is because subjects and predicates are specifically the nouns and verbs which form the basis of our sentence. Without “The dog,” we don’t have anything that “wins” the race, and without “won the race,” we are just describing a dog.

To relate this back to commas, there is one requirement to keep in mind while tackling English ACT questions: make sure you preserve the subject and predicate of your sentence. Let’s add in a comma and make sense of all this.

“The dog, which ran the fastest won the race.”

This sentence is grammatically incorrect. When you insert a comma into a sentence, you can interpret everything after it as nonessential, meaning you should be able to completely remove it from the sentence and it should remain complete.

By crossing out the nonessential section, it becomes clear that the sentence is wrong; it lacks a predicate.

We can rectify this by placing another comma after “fastest,” which we can think about as closing the nonessential section that was started by the initial comma.

Sometimes, a single comma doesn’t need to be closed by a pair for a sentence to be correct. For example:

“The dragon killed the girl, a fifteen-year-old princess.”

There’s a subject and predicate, so we’re all good!

When using this way of breaking down sentences, be aware that the side of the comma which you cross can vary, so try both and see if one works!

“Although her alarm clock had gone off, Megan slept all afternoon.”

Wrong; this is a fragment because there is no action being performed.

All good! As long as one of these checks out, you’re all good, and the sentence is (for ACT purposes) correct.

There is one major exception to this way of breaking down sentences with commas: compound sentences, which involve (to jog your memory from sixth grade English) the FANBOYS: For, And, Nor, But, Or, Yet, or So. These conjunctions can be placed after a comma to generate a compound sentence. In a compound sentence, both sides of the comma should be a full sentence.

“The mall was closed, so I went home.”

No crossing-out here because of the FANBOY “so.” Instead, make sure that each side has a subject-predicate pair.

“The basketball team practiced all night, and they reaped the rewards.”

If you get comfortable with this method of “crossing out” nonessential sections of your sentences, you can apply the process of elimination to answer questions with greater speed and accuracy.

Beware, however, because the English language is littered with exceptions and exceptions to exceptions, so if you’re seeking a 36, you will, unfortunately, need to understand some of the previously-mentioned formalities of grammar and take the time to grasp semicolons, dashes, and more. If this sounds too intimidating to tackle alone, book a free consultation to get matched with a test prep tutor at Dewey Smart!